SAN FERNANDO, Cebu (Aug. 30, 2014) — Some 1,374 residents of barangays Tañañas and Cabatbatan in the hinterlands of San Fernando town received needed medical attention as Taiheiyo Cement Philippines, Inc. (TCPI) separately brought back to their villages the much-awaited medical mission after at least four years.

It attended to 625 patients in Tañañas last July 12, more than half of them children that included 31 dental cases, while it took care of 511 adults today in Cabatbatan plus 238 children, according to the company physician Dr. Ildebrando E. Estella.

The TCPI mission with materials supplier Solid Earth Development Corp. (SEDC) first served Tañañas in December 2009 and Cabatbatan by August 2010, attending to more patients then in both places, 673 and 652 patients, respectively.

Only one child in Tañañas pre-listed for dental attention. But Sybil Paradero Tangub encouraged 10 other kids, including her cousins, to follow. 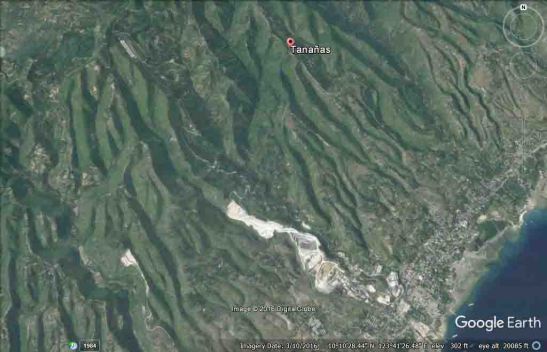 Since eight years ago, TCPI and SEDC have been conducting free medical missions under a joint Social Development Management Program (SDMP) that also pursues other programs for 12 stakeholder barangays in San Fernando.

In the latest missions, organizers noted that predominant among adults were cases of hypertension, hyperacidity, arthritis and some body malaise, while cases of fever, skin wounds and dental caries were noted among children.

Some adults and children only needed vitamin supplementation, while others had common cases as colds and cough, both due to upper respiratory tract infection, a medical condition common in all parts of the country.

Most of the patients in Tañañas came from its center Lumbang, while the rest were from Bakilid, Caánday, Libu, Lupa and Tagaytay.

The SDMP team led by Emylita Ortega, SEDC senior manager for human resources and administration, were in full force, including her community development officer Gines Boltron, Bongcawil and her field coordinators Efren Labrado and Rolando Manalop.