Site to bring in new business, employment for 20,000

CEBU CITY (April 23, 2016) — The resolution on the access of Filinvest Cebu Cyberzone through Geonzon St. at Cebu Asiatown IT Park will now lead to the generation of more than 20,000 jobs at the PEZA-accredited IT hub developed by Cyberzone Properties, Inc. (CPI).

“We now look forward to concentrating on doing business and creating thousands of new jobs that will further spur the local economy of Cebu,” declared Josephine G. Yap, president and CEO of Filinvest Land, Inc. 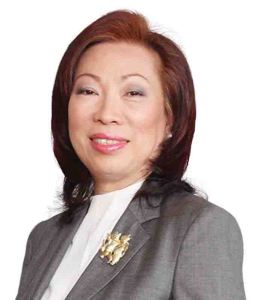 Yap said she is pleased that FLI subsidiary CPI had signed last Wednesday a memorandum of agreement (MOA) with the Province of Cebu that will lead to the demolition of the fence at Geonzon St. in Apas, Cebu City.

“We recognize the tireless efforts made by Governor Davide and his team in negotiating with CPVDC that now grant access to our joint venture project,” she said.

The FLI CEO said the company will replicate in Cebu its pioneering and highly successful Northgate Cyberzone project in Filinvest City in Alabang, Muntinlupa that already hosts some of the biggest names in business process outsourcing.

“Current tenants of Filinvest at the Northgate Cyberzone include HSBC, Genpact and Convergys,” Yap said, adding that “our other locators have expressed interest to expand their operations in Cebu and locate at the Cebu site.”

“We are looking forward to welcoming these new locators to our project,” she quipped.

With investments that could eventually reach almost P6 billion, FLI is committed through Filinvest Cebu Cyberzone to provide a sustainable mixed-use project composed of four towers, declared Allan G. Alfon, FLI area general manager.
This will support the expansion of Cebu’s economy and provide a boost in local employment opportunities in the next five years, through high quality jobs in business processing outsourcing, retail and hospitality, he added,

“The four towers will include BPO offices, commercial spaces, and possibly a hotel that are complementary to each other and will enhance business activity and property values of Cebu Province and Cebu City,” said Alfon, who is also FLI vice president for business development.

The completed Tower 1 at Filinvest Cebu Cyberzone is expected to initially generate at least 4,000 jobs, increasing gradually to some 20,000 jobs in the next five years upon the completion of all the towers.

Meantime, Tower 1 is ready for occupancy with some 19,937 square meters of Gross Leasable Area (GLA) available to future tenants and locators.