NISSAN cars of the 80’s and the 90’s line up with their owners who are members of Pundok Nissan who are pleased that Nissan Cebu could still provide them with genuine parts at reasonable time, plus the good service they have enjoyed through the years.

TOLEDO CITY (June 12, 2015) — Nissan Cebu Distributors, Inc., the only authorized dealer of brand new Nissan vehicles, has assured owners on Nissan cars of available parts and much better service for their vintage vehicles acquired even 25 years ago.

Dante Colina, parts and services manager of the local Nissan dealership, gave the assurance to members of Pundok Nissan, an organization of owners of Nissan-branded vehicles in Cebu, both vintage and current.

He gave the guarantee as participants of Nissan Ride and Drive that convoyed across Cebu today stopped over The Ranch Resort in this city for lunch and fellowship.

Colina said the dealership maintains stocks of parts for cars made since 1990 and even earlier, and could quickly order for parts from Nissan Philippines, Inc. (NPI) and from Nissan Motor Corp. in Japan if the vehicles are serviced at Nissan Cebu in Maguikay, Mandaue City. 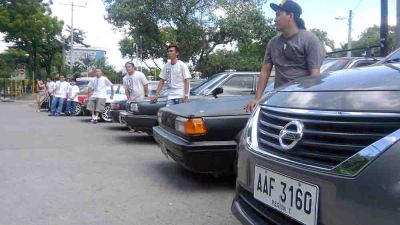 The latest 2014 Nissan Sylphy sedan stands beside its vintage predecessors, some Nissan Sentra, Bluebird and California owned by members of Pundok Nissan.

“Nissan is committed to support Nissan car owners in Cebu and Bohol. That’s how we value those who buy Nissan cars over the years,” remarked Julie Sy Tio, general manager of the dealership.

This is echoed by the message of NPI president and managing director Antonio Zara read in his behalf by his area sales manager, Gemma A. Hernandez, who joined the activity.

During the gathering, Hernandez introduced and explained the technological features of the current Nissan Sylphy that evolved from a generation of Nissan Sentra and Nissan Bluebird that a number of Pundok Nissan members still drive today.

They also had an interactive discussion on Motorsports 101 with successful Filipino professional race car drivers Pepon Marave and Charlie Cruz, who had been Nissan drivers even before they started their racing careers.

The Nissan Independence Day activity concluded at SM City Cebu where they tried out for the Gran Turismo (GT) Academy, a driver discovery and development program by Nissan and Sony that would run until today, June 15.

Using the popular and critically acclaimed GT series of racing video games on PlayStation®3, Nissan seeks for potential racers who will undergo an intensive Driver Development Program and be given the opportunity to participate in the Dubai 24 Hours race by January 2016.

Since Nissan and Sony held the first GT Academy in 2008, the program has been defying both common sense and motorsports tradition. The academy has taken people who are good at video games and, in a matter of months, helped turn them into professional drivers for Nissan. 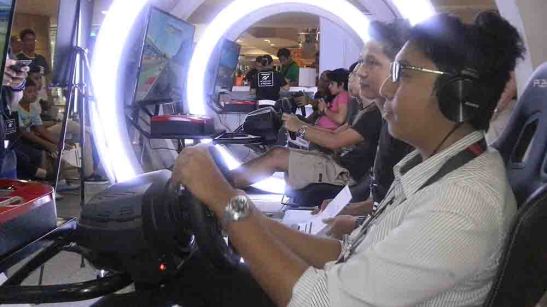 MyTV creative director Nath Ybanez, who joined the June 12 Nissan Ride & Drive event, try out for the Nissan GT Academy at SM City Cebu. The search for the next Nissan professional race car drivers from among video gamers continues until today, June 15, at the SM rotunda.