The Taiheiyo scholars belonging to the Class of 2015, both college and high school. 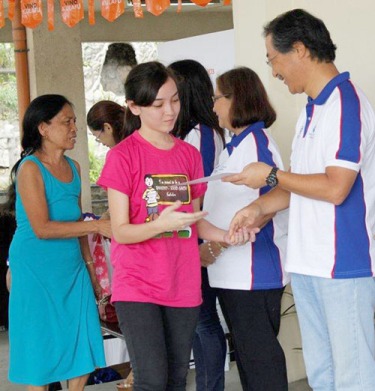 TCPI and SEDC honored the recent batch of college and high school graduates, all residents of this town where both firms operate in Cebu province, 40 kilometers south of Cebu City.

Both companies continue to maintain 62 scholars, 14 in college and 48 in high school, under their joint Social Development Management Program (SDMP).

With the Class of 2015 graduates, they also recognized those among the current scholars who excelled in class with outstanding achievements, as they introduced today the latest batch of scholars in simple ceremonies at the TCPI recreation center.

They are Rutchiel Mae G. Geraldizo of South Poblacion and Geraldine P. Gorre of Magsico who finished Bachelor of Science in Accounting (BSA) and Vincent Nie R. Villarin of Pitalo who took BS Management Accounting.

Both Tangente and Pabular are residents of Barangay Tubod and graduates of Tubod National High School (NHS) who have taken up BS Electrical Engineering, while Redoble of Panadtaran finished at Balud NHS and now taking BSA.

It was in 2005 when TCPI and SEDC initiated the secondary scholarship program, then expanded to the tertiary level by 2009. The program maintains 12 high school scholars in every batch, each from the companies’ stakeholder barangays.

The college scholars are chosen at large.

TCPI and SEDC answer the cost of tuition, basic educational expenses and daily schooling needs, according to Mitzie Almira I. Carin, SEDC deputy division manager for human resources and administration who manages the scholarship program.