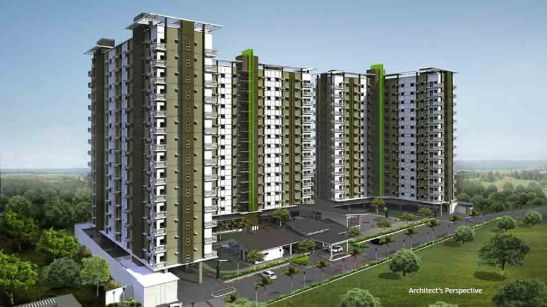 The Soberanos’ first project in CDO

CAGAYAN DE ORO CITY (Nov. 7, 2015) — Cebu Landmasters, Inc. launched yesterday its first venture off from home base, a community of three mid-rise condominiums in the heart of this growing city.

The cluster has similarities with the highly successful Mivesa Garden Residences, a master-planned community with a generous amenity area developed by CLI in Lahug, Cebu City.

It is positioned for young professionals and start-up families wanting for an accessible, convenient, exclusive and yet affordable place in Cagayan de Oro.

Mesaverte Residences will be built in a prime neighborhood between Corrales and Osmeña Ext., parallel and in-between Claro M. Recto Ave. and Capitol University, according to Jose Franco Soberano, CLI chief operating officer.

The young Soberano bared Mesaverte Residences will be built in two phases. Phase 1 comprises the first two buildings which includes the clubhouse and amenity areas slated to be completed by 2018.

The two buildings will have 15-floors each with 18 residential units per floor configured with three 1-bedroom units and 15 studio units with an average area of 20-square meters.

With the units priced between P1.4 million to P2.9 million, each building will have 262 units in all with the four corner units having a balcony each. Two of these are one-bedroom units and the other two are studio units.

Buyers can have the option to combine two or more units to expand and create a more comfortable living space, noted Sheila Romarate, who leads the CLI CDO sales unit.

Phase two’s third building is planned for 294 units, while the whole cluster is allocated with 239 parking slots.

The amenities for the CDO project include separate adult and kiddie swimming pools with a sunken pool deck. The clubhouse will have air-conditioned function rooms and a fitness gym.

While a retail arcade will be located at the main entrance, the project will also have a basketball court, jogging paths, and children’s playground.

Property management services will support the residents and handle the 24/7 security system that includes manning the cluster’s two entry points through Corrales and Osmeña extensions.

“Like Mivesa, our upcoming project in Cagayan de Oro will provide an ideal venue for neighborhood building, family-bonding and healthy-living,” quipped Soberano.

“Buildings are designed in contemporary architecture. The amenities of modern urban living are set amidst a relaxing environment to make one’s own home an easy respite at the end of a long day,” he added.

This venture is the first for CLI outside Cebu where it had developed balanced communities for 12 years now. Cebu Landmasters has built at least 20 horizontal and vertical projects since 2003.