CAGAYAN DE ORO CITY (Monday, June 13, 2016) — The development of Montierra, an upcoming townhouse community for the middle class in this city, came so timely with the expansion of the “New Gateway” to the capital of northern Mindanao from the south, according to Mayor Oscar Moreno.

“The location is just but perfect. The city is expanding in Lumbia (former airport) area, opening and widening the roads from central and southern Mindanao,” Moreno said during the grand launch yesterday of Montierra in Upper Balulang near the former Lumbia domestic airport.

He told guests at the event that travelers, traders and commuting students and professionals from the south will soon easily pass through Lumbia from Lanao del Norte, Lanao del Sur, Cotabato, and from central and southern Bukidnon.

The mayor told the people behind Johndorf Ventures Corp. (JVC), developer of Montierra and various other residential projects in Cagayan de Oro, that “you are on the right track.”

“With real estate as an investment, you will realize the value in the long term,” he said, looking at the prospective homeowners and real estate brokers with their agents who attended the event.

JVC President and CEO Richard Lim said he is happy to know that the company’s endeavors, particularly in Montierra, are in sync with where government is heading.

It is located in Cagayan de Oro’s booming uptown district along the south diversion road that has become a better location for residences following the unforgettable experience at the onslaught of storm Sendong in December 2011.

“After Sendong, everybody wants to go uptown,” quipped Moreno.

The mayor compared the expansion of Cagayan de Oro to the original Manila that was then what is Intramuros today. It first expanded to Escolta and the rest of Binondo across Pasig River, and eventually towards Makati and the rest that has become Metro Manila.

Moreno recalled some years back when the United Nations (UN) Human Settlement Program (Habitat) worked with the city government and embarked on converting Lumbia area as a “new city” under the Planned City Expansion.

“UN Habitat considers Cagayan de Oro as one of the eight ‘Emerging Cities in the World,” he said, adding that the UN program sent urban planners to coach their city counterparts to develop the PCE.

The transfer of the airport to Laguindingan signaled the realization of the PCE until the national government cleared to decongest Sangley Point and moved the main base of the Philippine Air Force (PAF) to Lumbia with the P2 billion budget. 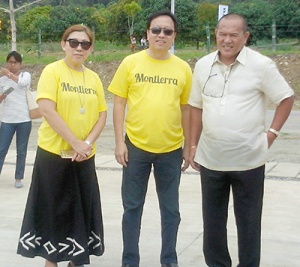 The Founders welcome the Mayor.

But he said new road openings and road expansions under the PCE will continue and the new city dreamed for the area will still be realized in time albeit with some delay because of the need to accommodate PAF.

Moreno pointed out that development is often driven and led by the private sector, and he commended JVC for building up Montierra along with the projects of other developers and investors in the city’s uplands.

“Thank you for giving the vote of confidence in Cagayan de Oro and Northern Mindanao,” he told the Lim family and their trusted executives in JVC, further citing Montierra as the new benchmark for affordable living.

The subdivision is planned for 600 townhouses in back-to-back clusters of eight townhomes, a clubhouse and large swimming pool, parks and jogging trails, wide arterial and secondary roads and efficient electrical and drainage systems. 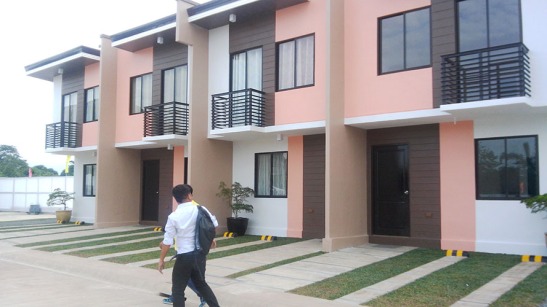